Federal Health Minister Greg Hunt faces a community-led attempt to defeat him in his Mornington Peninsula electorate at the next election, using the campaign model that ended the political career of former prime minister Tony Abbott two years ago. 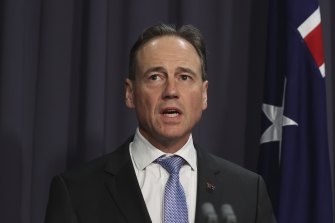