The Mornington Peninsula is located to the south of metropolitan Melbourne, Victoria.

Our region is governed by three tiers of Government - Federal, State and Council.

The next election is for federal government, which is the seat of Flinders.

VMP is currently focussed on the federal election.

Most residents of the Mornington Peninsula belong to the Federal electorate of Flinders (except for Mount Eliza, which is now part of the Dunkley electorate).

The following communities are part of the Flinders electorate: 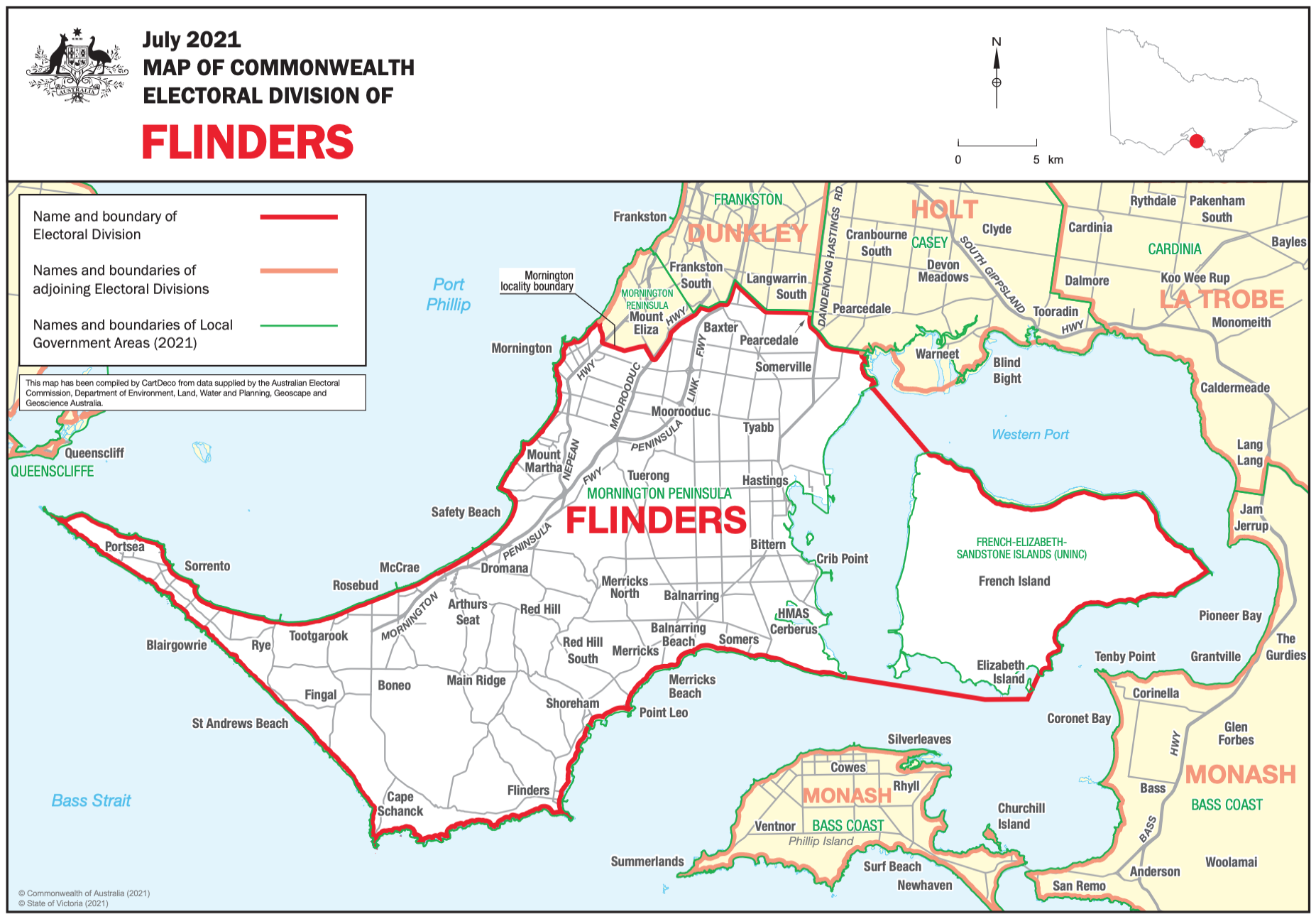 The Federal or Commonwealth Governments’ areas of responsibility are stated in the Australian Constitution and include defence and foreign affairs; trade, commerce, and currency; immigration; postal services, telecommunications and broadcasting; air travel; most social services and pensions.

The Federal Government is also involved, mainly through funding, in many things largely carried out by the States, such as health, education, environmental issues, industrial relations, etc.

Further info can be found here

Greg Hunt is our Federal Member for Flinders, and Minister for Health and Aged Care.  He is a member of the Liberal Party.

You can view how Greg Hunt votes in Parliament here